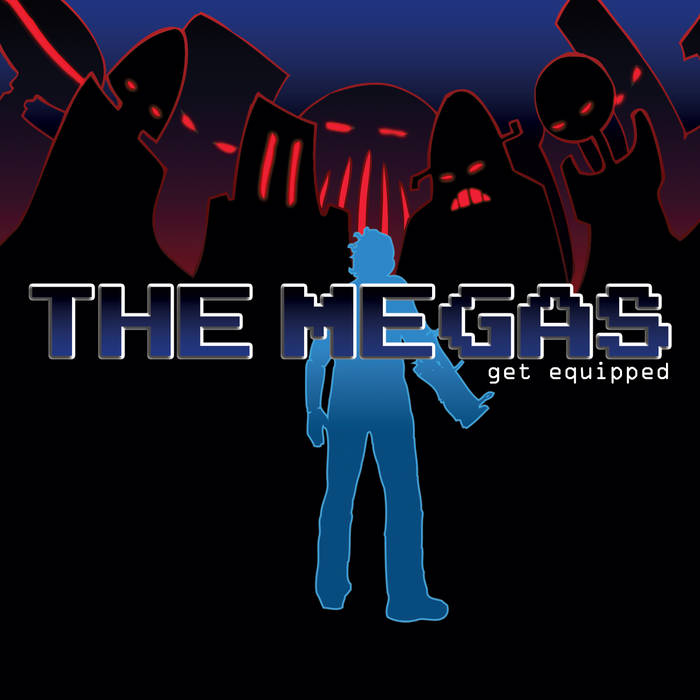 ZachVGM I have at least six cover albums that take on the entire MM2 soundtrack. I'm pretty sure this one just might be the best. It's unusual at first to have lyrics on this kind of music, but The Megas pull it off, and nothing feels off-model. I can totally accept Bubble Man as a bullied nerd, Flash Man as an insecure poser fanboy, and Quick Man as a disgraced Wild West sheriff. Rock on! Favorite track: I Want to be the One/Dr. Wily.

Kaubocks The album that made me fall in love with the band. Been a heck of a ride since. Favorite track: The Quick and the Blue/Quickman.

ProtoGouf I've loved these guys for the longest time, heck, I remember being back highschool and jamming to these same tracks. An excellent debut filled with character. Favorite track: Programmed to Fight/Crashman.
more...

Get Equipped with our debut album - a tribute to the MM2 soundtrack!

The Megas are a Los Angeles based band who are best known for their synth rock anthems inspired by the Mega Man and Castlevania video game series.

Bandcamp Daily  your guide to the world of Bandcamp